Everyone at Mt. Tabor Builders wishes you a Merry Christmas and a great holiday season!

This is also a great time for us to say “thank you” to all of our clients, who were among the highlights of 2019. We look forward to serving you again in the future. We hope and pray the new year is a great one for all, and that peace will be the main thing we celebrate this time next year.

Click here to find out more about Mt. Tabor Builders. If you prefer to talk to us, click here to send a message or call our Clear Spring, MD office at 301.766.7161. We build custom homes and do extensive remodel projects throughout the Tri-state area of Maryland, Pennsylvania and West Virginia.

And while you’re waiting for Santa and the New Year to arrive, enjoy reading about the way others celebrate Christmas around the world. 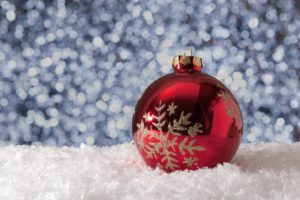 Christmas Traditions from Around the World

Celebrations of Christmas around the world often include acts of charity. Ukrainians traditionally hang spider web-shaped decorations on the tree. This reflects their legend of the poor widow who didn’t have enough money to decorate her tree, but when her children awoke on Christmas day, the tree was covered in webs that glistened gold and silver in the new day’s light.

Jamaicans dress in elaborate costumes to celebrate Christmas with parades and “Junkanoo” dancers, which is based on African dances. The December 26th festival may have started as early as the 16th Century.

The Spanish dish, turrón, a sweet dish made from honey, egg white, sugar, and toasted almonds, is served during Christmas. Recipes date back to the 16th Century.

Mistletoe was first hung as a Christmas decoration in Great Britain. However, the tradition of kissing under the mistletoe is thought to have originated in other parts of Europe.

Children in Holland receive presents from Sinterklaas on December 5, rather than on Christmas Eve or Christmas Day. And if they leave carrots for Sinterklaas’s horse, he’ll leave sweets for the kids.

Thirteen jólasveinarnir, or “Christmas Lads,” deliver presents to children in Iceland. Originally, the Christmas Lads were pranksters. Each showed up on a specific day around Christmas and performed a trick.

Children in Japan receive their Christmas presents on their pillow during Christmas night. Many Japanese families serve fried chicken as their traditional Christmas meal.

In Norway, people hide all the brooms in the house on Christmas Eve to prevent witches from stealing them for a midnight ride. It’s also a Christmas Eve tradition to leave a bowl of porridge in the barn for the gnome who protects the farm.

In Germany, it is traditional for children to decorate their Christmas lists with pictures and then leave them on the windowsill overnight. Then, the Christkind delivers gifts at Christmas. Also in Germany, it’s a tradition to leave a shoe or boot outside the front door on December 5, so that Sinterklaas will put small presents in their shoes for the following morning (Saint Nicholas Day).

Here, Christmas is celebrated on January 7, and Babouschka brings gifts to children. Babouschka, meaning old woman or grandmother in Russian, is based on the biblical story of the woman who didn’t give a gift to the baby Jesus. So, to repent, she gives gifts to children. Wonder why we celebrate Christmas on December 25 anyway? Here’s where the tradition came from.

The traditional Christmas meal in Poland is called the Wigilia. Held on Christmas Eve, Wigilia is derived from the Latin phrase “to watch.” Families here believe that what happens during Wigilia festivities predicts the coming year.

Italian families celebrate Christmas Eve with the Feast of the Seven Fishes and eat lentils during the holiday season to ensure luck and wealth for the following year. The children in Italy receive gifts from La Befana during Christmas.

It’s traditional for Irish families to leave out mince pies and pint of Guinness as a snack for Santa. As kids get older, this tradition may come to an end and continue to be passed on. Learn about what to say when your child asks, “Is Santa real?”

In Finland, families decorate the holiday tree with geometric mobiles made out of straw. It’s also customary to enjoy a sauna on Christmas Eve before Santa’s visit; according to the ancient custom, this ritual cleanses the body and mind.

Our sister company — MTB Windows and More —  specializes in all types of home improvement work and home repair.